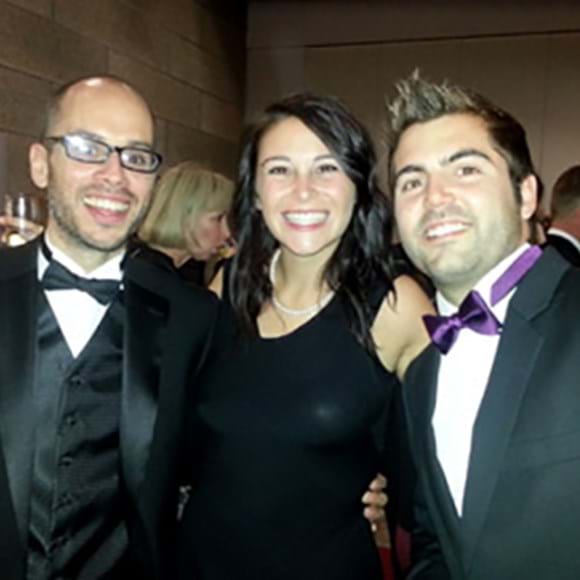 After a few busy years developing products and building partnerships with new customers, it was time for PSP to enter some business awards. The whole team were thrilled when the notification arrived. We had been shortlisted for the Innovations award for our very own off-the-shelf products Outlook Email Tracker and EX_AM Portal.

Most of the PSP team were able to attend the Lincolnshire Media Business Awards, here is what they had to say about the awards evening…

“I think we were all more than delighted that PSP had been short listed for an Innovations Award at the Lincolnshire Media Business Awards held at Lincolnshire Showground, on Wednesday 16 October. Although we didn’t expect to win the award overall – we were able to celebrate being nominated as a team.  It showed each one of us what we can achieve when we all work together.” (Fiona Verde)

“It was great to share the success of being short listed with the team who played a part in developing our innovative products.  PSP is a company that is going places, although we just missed out on first place, I know we will be an award winner at some point.  It was also nice recognising other businesses successes. So well done to everyone who was there on the night.” (Brett Caruso)

“Being nominated was a great achievement, we should be proud just to have been nominated.  As a team I think we embraced the spirit of the event and all made an effort. With the drink flowing a good night was had by all, even though we didn’t win. I look forward to the next awards event.” (Lynsey Saddington)

“We were all excited to have been nominated for an award, which recognises the hard work put in by all the team. Ending up as runner up for the award did not dampen the evening as it was good to be able to support all the other companies who were shortlisted too.” (Gill Booth)

“There is a strong sense of comradeship inside and outside of the office which you can tell at events like this. It feels rewarding that other people and companies are noticing all of the hard work which we are putting into the business and our products. The nomination shows that we are growing and is very meaningful to all of us and the business in general and shows that our business is about more than just sales.” (James Swaby)

“A truly fantastic team who will for sure be recognised for their skills and quality in the very near future. It was a great evening,the organisers should be as proud as we were. Thank you to the whole PSP team and well done for being shortlisted.” (Joe Verde)